Feral pigs, hybrid descendants of domestic pigs, Sus scrofa and one or more breeds of Asian wild pig are one of the most-common animals of the Daintree rainforest. They are recognisably different in appearance to domestic pigs - leaner in build with straight, tufted tails and generally darker coats (most adults are black although juveniles may have lighter coats, with or without spots). They cause considerable damage to the environment as they root for food along waterways and on the forest floor. They have also had a considerable impact on human society in the Daintree area; pig hunting has become an integral part of the local culture. 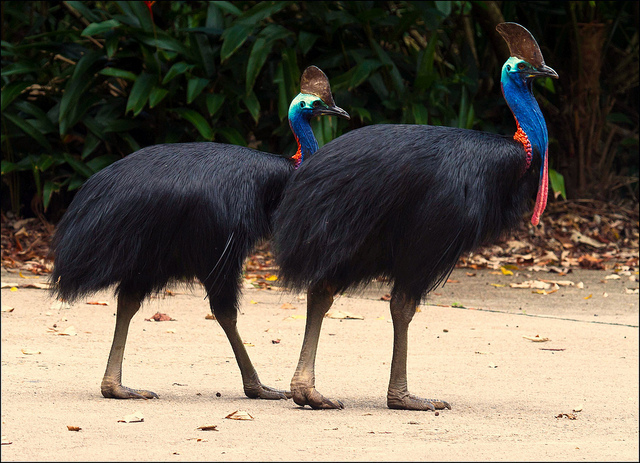 The southern cassowary (Casuarius casuarius johnsonii), is the only species of cassowary found in Australia. It is a ratite, a flightless bird characterised by a keel-less breastbone which lacks attachments for flight muscles. Cassowaries are very large (up to two metres tall), spectacular-looking birds with black plumage accented by bright blue necks, crested heads, and red wattles. The chicks are light brown, sometimes with white spots. Although cassowaries are peaceful fruit-eaters who are quite shy and avoid contact with humans, always approach them with caution or not at all. If cornered or threatened, they will defend themselves by kicking - and their strong legs and sharp claws can deliver serious or even lethal injuries. 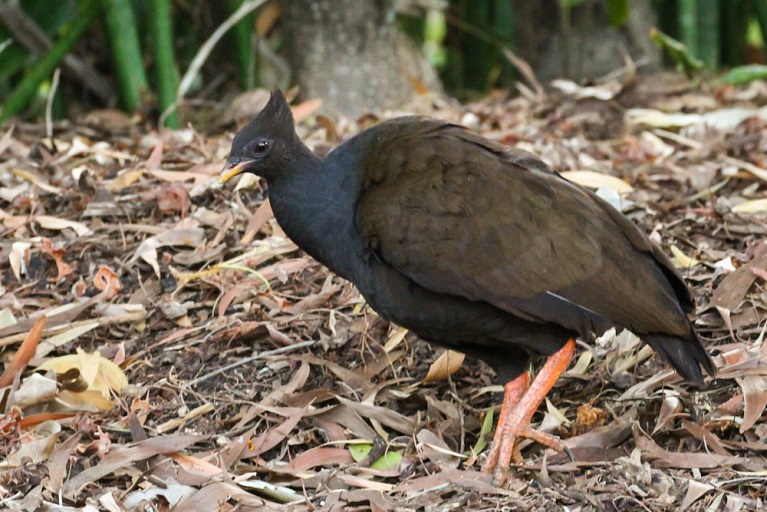 The two most-common ground-dwelling birds of the Daintree area are the jungle or orange-footed scrub fowl (Megapodius reinwardt) and the brush turkey (Alectura lathami). (Despite looking somewhat similar to the American turkey, they are not related to to it). The orange-footed scrub fowl is a noisy, active presence in the Daintree. Not only are they extremely vocal, they spend much of their waking time constructing large (up to several metres high) incubation mounds in which they lay their eggs. Although both types of bird are ground-dwellers, they are capable of flight. (Brush turkeys can often be seen roosting in trees.) 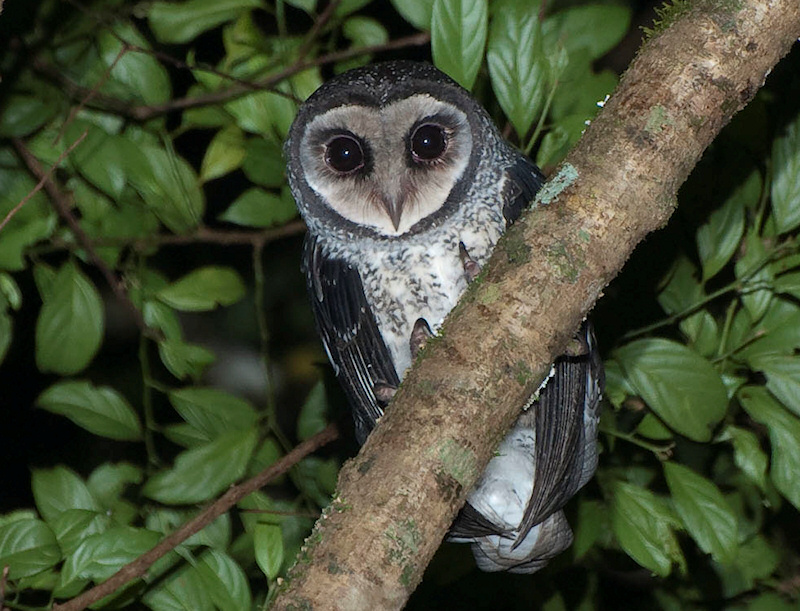 Over 140 species of birds are said to live in the Daintree rainforest, and of these, many species are arboreal (live in trees). These birds include parrots that are common in many other parts of Australia, like the sulphur-crested cockatoo (Cacatua galerita) and the rainbow lorikeet (Trichoglossus moluccanus), along with many kinds of owls, especially the sooty owl (the ‘bomb-whistle” owl - because of its strange call) and other raptors, various corvids (crow-like birds), and a type of brightly-coloured pigeon, the Wompoo pigeon (named for its distinctive call - sounds like "wom-poo" to some people and "mugwuk-magoo" to others), (Ptilinopus magnificus), which ranges from Papua New Guinea in the north, and down along the coast of Australia as far south as New South Wales. Water birds – it may surprise everyone, but we have almost no fresh water bodies here – however on the beach you may see beach curlews,